Educational Leadership in the U.S. and Vietnam: A Cross-Culture Comparative Study

Under globalisation, comparative educational studies have become more relevant. This paper is the first of its kind to compare education and training for principals in Vietnam and the U.S. and will offer among the few systematic studies on school leadership in Vietnam. Utilizing previous research on educational leadership and culture in the U.S. and Vietnam, and survey results from Teaching and Learning International Survey (TALIS) from the Organization for Economic Cooperation and Development (OECD) in 2018, I used t-test analyses to test several hypotheses about the differences between principals in the two countries. The findings suggest differences in age, gender, managerial experience, teaching obligation, and obtained levels of education and training between American principals and Vietnamese principals. Principals in the U.S. are younger and less experienced than principals in Vietnam. Level of education and need for professional development programs potentially indicate that American principals receive more thorough training in their education compared to Vietnamese principals. Accordingly, this comparative study provides valuable insights for both countries and contributes to diversifying the literature on educational leadership which the West has long dominated.

English education in public primary schools in Japan started in 2011 not as a subject but as an area of foreign language activities in Japan. However, the preparation was poor and homeroom teachers without proper training were required to teach English. Since then, the issue has become highly controversial in Japan. To clarify the actual situation, we conducted surveys three times between 2012 and 2017 and found many problems. Nevertheless, English will become a compulsory subject from April, 2020, but before we see any major improvements by the Ministry of Education, Culture, Sports, Science and Technology (MEXT), more careful study on the problems is an urgent need and therefore, we would like to utilize the results of our research. This paper attempts to study the changing situation and to point out the necessary conditions for possible reforms by comparing and analyzing the results of the latter two surveys.

The study investigated the strategies for effective funding of Technical Vocational Education and Training (TVET) programmes for sustainable development in post-oil boom era using descriptive survey research design. The population for this study consisted of 210 respondents comprising of 82 TVET lecturers in tertiary institutions and TVET teachers 128 in six technical colleges in Edo State offering TVET programmes. The sample for the study consisted of 137 respondents randomly sampled. A 62-item questionnaire developed from literature review was the instrument used for data collection. Three experts validated the instrument. Cronbach Alpha method was used to determine the internal consistency of the instrument and an index of .88 was obtained. Factor analysis was used to answer the research questions while the hypotheses were tested at .05 level using Analysis of variance (ANOVA). The findings of the study revealed among others that donations of tools, equipment and other learning materials from alumni associations, foreign assistance, public private partnership; skill development levy; currency transaction levy; air ticket solidarity levy; academic facility fee; ring-fenced TVET were some of the sources of funding TVET. Based on the findings of this study, it was recommended among others that government and all other stakeholders should urgently adopt the funding strategies identified in this study for TVET programmes for sustainable development in the post-oil boom economy.

The question answered in this paper is: What is needed in the complex adaptive system of higher education to make Vietnamese professionals more receptive to internal and external reviews and how can we achieve that? The purpose is to magnify the effects of an accreditation system in general and those of the audits or reviews in particular. The findings are gathered through a dynamic orientation in scientific literature using the berry-picking method (Bates, 1989). The results - regarding the development of quality management in Viet Nam in general and accreditation specifically- have been analyzed using the four paradigms of quality management. The accreditation reviews in higher education would be more effective, if the interviewees were more open to show their organizations’ strengths and weaknesses instead of withdrawing from the survey and performing dramaturgical compliance.  Thus, an appropriate auditor attitude is essential, seven of which are presented in this paper and hopefully to be of critical values to the development of the Vietnamese audit process. Suggestions are proposed concerning how such a development could be achieved using the emergence paradigm. 684 — Educational Leadership in the U.S. and Vietnam: A Cross-Culture Comparative Study

72 — Issues of Practising Lesson Study for Learning Community in Vietnam 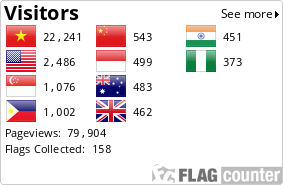